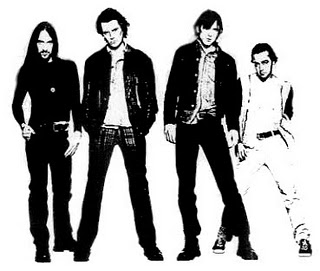 Funny old business, this Pop lark. You can be in the right place, have all the tunes, have a commercial look and still not make a crust. All you can do is watch a whole slew of non-entities shoot up the greasy pole, while you skulk in the doldrums with just a support slot with Sleeper at JBs in to keep you from going back to Pizza delivery. Ladeez and genlemen, welcome to Cultsville – population: Kinky Machine.

Formed in in 1991, Kinky Machine seemed to be doing everything right. Fronted by future (nearly) star Louis Eliot, they signed to indie label Lemon and released the frankly awesome ‘Going Out With God’ which manages to sound as good as its title. They gigged like crazy gigging things and ended up on Oxygen – a boutique label under the not inconsiderable wing of MCA. More top drawer releases followed – ‘Shockaholic’, ‘10 Second Bionic Man’ (is this the only Pop single written about the perils of premature ejaculation?) and two albums stuffed full of the good stuff. All around them, lots of bands seemed to be ploughing the same Glammy-Kinksy-UKcentric furrow, but not as well. The difference was that these pale photocopies of the originals were drinking champagne with Alex James whilst the Kinkys were drinking warm Carling from someone else’s backstage rider. I have to point out to you kids that it was Britpop time and for every one worthy band there were ten Menswears just waiting to be on the cover of the NME.

In spite of being head and shoulders above their contemporaries, the Mott-The-Hoople stylings of KM failed to set the charts alight. They kept on gigging and I saw them by accident in ‘93 - supporting a clearly terrified All About Eve in . As much as I loved everyone’s favourite Goth-Folksters. the Kinkys tore them to pieces like a playful mixture of the Buzzcocks and Hanoi Rocks. Oxygen let them go in 1994 and a year later they released their sole release on East West – the beautiful ‘London Crawling’. In spite of it being the best song Eliot wrote for the band, it sold poorly and Eliot and Guitarist Johnny Bull went off to form the slightly more successful (but not quite as good IMHO) Rialto. Kinky Machine remain a footnote in the last great movement in UK Pop. 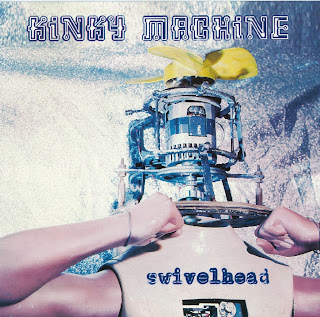 I don’t know what’s not to like about KM. Maybe it’s a bit ‘’, a bit too sneery…I’m clutching at straws here. These tunes are diamond hard Pop classics – and the band – oh my. Johnny Bull is a genius guitarist, the rhythm section was tough but supple and Eliot was a great frontman and superlative songwriter. They must have been sleeping with the wrong people.

As far as I know this is everything they ever recorded. The 90s was a boom time for multiple formats, so if something sneaked through on a coloured vinyl 12”, cassette single or limited edition wax cylinder, it ain’t here. This is all the stuff from the CD singles and both their albums. Almost every cut radiates class, whistleable tunes, great words and big fun tunes.

Now, explain to me again why this band weren’t massive?