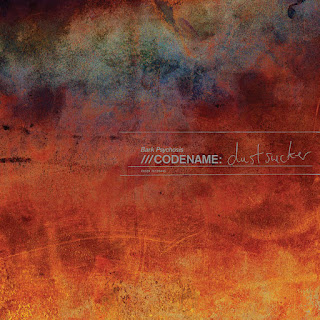 On Codename: Dustsucker, Bark Psychosis have got the balance exactly right. There's enough weirdness to capture and hold your attention and enough structure and melodicism to keep the tunes memorable. It's also beautifully produced – a good, old fashioned headphones album. You too can join the ranks of beard-stroking tastemakers everywhere by owning this album and talking about it loudly in public. The great thing about it is that it's also a genuinely fine piece of work.
Posted by Rushbo at 20:22 13 comments: