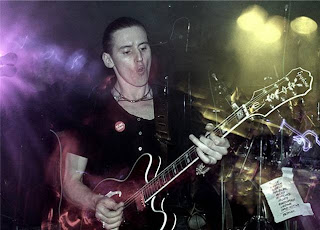 Just when you’ve recovered from the devastating fact that there are no more Rain Parade live recordings in the BPFE vault, I hate to break this to you – this is the last of the Levitation rarities….

We’re going out on a high tho’ as this is excellent stuff. It’s their second album ‘ ’…not the ‘only available in ’ version with Steve Ludwin on vocals but the first draft with errant frontman Terry Bickers still at the helm. Potential and promise oozes from every chord, but it was never to be and they languish in the ‘90s also-rans’ file. Bloody heartbreaking.

This post comprises nine album tracks with three other tracks recorded at The Barn. They’re all great. If you listen closely, you can hear echoes of Radiohead and Muse, but tempered with a modern psychedelic feel that gives them a unique sound. What a loss they are to music. Terry Bickers where are you when we need you?

I’m indebted to The Spiritualized Forum – in particular Spunder for sharing files and a wealth of information.

And here's the album: 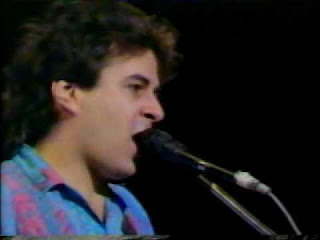 It’s with a heavy heart that I present to you, the last of The Rain Parade live recordings in the BPFE archive. I’ve said everything I can think of to say about RP, so if you’ve read this far, you’ll know just what an incredible band they were and I am so peeved that I couldn’t get to see Matt Piucci at a recent London date. Bah! Anyway, here it is my friends - my final live recording – 1985. Details are scant to say the least. It’s a good audience recording and features a couple of rare gems – ‘I think I’m lost’ and ‘Remember I’m dead’ – the former is an absolute goshdarn stormer.

The whole gig has a nicely 'unhinged' feel to it and someone definitely bought a new effect pedal as a couple of the tunes are flanged to infinity. Si-Co-Delik!

So farewell then to The Rain Parade. We must cling to this music like a parachute. 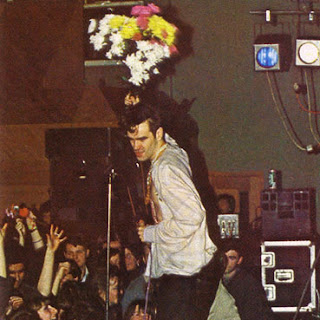 Morrissey is a bit like Marmite. (American readers may skip this bit...Antipodean readers may substitute the word ‘Vegemite’ for Marmite), It's a Love/Hate thing. And he is pretty easy to hate, so I'm sympathetic to the haters (check me out - I'm SO down with da kidz). I am, however, a fan. A fan who, up until last Tuesday, had never seen the great man live. I'd tried on a number of occasions, but always been a bit too slow off the mark, so I missed out on seeing The Smiths in venues only slightly larger than my front room. Bum. I finally got to see the solo Moz at The Victoria Hall in Stoke - a lovely, non Rock and Roll venue. Exactly the kind of place you'd expect him to play. He did not disappoint. Solo gems were neatly interspersed with Smiths' classics and a good time was had by all. I really want to say he's a national treasure, but the cliche-ometer would explode if I did...

To honour my audience with His Holiness, The Moz, here's a gem from the best part of thirty (thirty! bloody hell!) years ago. It's the amazing Smiths playing one of their first 'out of ' gigs at The Fighting Cocks in Moseley, . Yes, gentle reader, the venue is as small as it sounds...It’s not incredibly HiFi I’m afraid - Johnny Marr is a bit quiet, but it's a lovely soundboard recording from a band on the cusp of going supernova. And it's recorded in too, which I like a lot. Look at that tracklisting - pre-first-album-tastic!

This often crops up on the net as part of a boot called 'Reel Around The Fountain', sometimes bundled with some other rarities...this is just the Fighting Cocks stuff.

Sometimes I think it would be great to see Morrissey and Marr back together...sometimes I think they've probably said all they're ever going to say and it's good that they've drawn a line under their collaborations. While you're pondering that, grab some gladioli and mom’s best blouse, shape what’s left of your hair into a quiff, nip down to the charity shop and buy those old 501s back and dance like a loon to the sound of The Smiths.


TRACK LISTING
Posted by Rushbo at 20:21 No comments:

Email ThisBlogThis!Share to TwitterShare to FacebookShare to Pinterest
Labels: Smiths

Simon Bristoll has been quietly cranking out classic pop tunes under the flag of Captain Wilberforce for seven years. Starting off with the low key ‘Dreams of Educated Fleas’ EP, he graduated to ‘Mindfilming’ his first, frankly stunning, full length release. ‘Everybody Loves A Villain’ followed in 2009 and blew every other PowerPop release of that year right out of the water. And after a long wait, he’s just gifted us ‘Ghost Written Confessions’. You don’t have to be a genius to release that this too, is a great album.

The fact that you’re sitting there scratching your head and saying ‘Who or what is a Captain Wilberforce’ makes me a little sad, so this is your chance to atone for not knowing…. ‘Ghost Written Confessions’ is probably going to be THE album of 2011, unless something truly exceptional comes along, so get in quick for all those RockSnob bragging points. Mr Bristoll combines the pop smarts of Brendan Benson, a heavy dash of Jason Falkner with a smidge of Utopia at their poppiest. Now doesn’t that sound yummy? On this album, he’s added a darker colour or two to the palette and has broadened out the sound somewhat. It’s also the first where he’s used a band – previous releases have featured him doing a ‘Todd R + Drummer’ thing. It’s a great piece of work. You can get it here:

And here’s a little sample – the lovely (and very Todd-esque) ‘Get Hurt’. Try it…you’ll bloody love it.