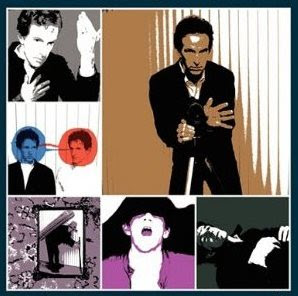 After seeing a number of posts on the LF/GT Facebook page regarding live and rare stuff and finding out that some of my old links no longer work, I've put this post together which rounds up all my stuff in one place.

Some of the files are missing basic information - venues, exact dates etc. Any updates will be gratefully recieved. Some of the files will only be available for 14 days, but I'm looking for a more permanent home for them.

I scooped these recordings up from a variety of sources, but most of the live recordings can be traced back to "Photo" Robert Toren. I'm indebted to Oxy, Don Valentine, Mick, Lunchboy and numerous subscribers to Dimeadozen for the rest. A sincere thank you to you all.

NEVER MIND THE DIGINOISE 1*
(This and volumes 2 and 3 below are assembled from the tracks that appeared monthly for a while on loudfamily.com. They come from a variety of sources - some are live, some are rarities and, in the case of "Vado Via", specially recorded for the site. Also included are tracks from tribute and sampler CDs)

NEVER MIND THE DIGINOISE 3
A huge thank you to Lunchboy for digging around in the dusty recesses of an abandoned hard drive and plucking these last remaining beauties from the void. As far as I know, this completes the set of files posted by Sue Trowbridge on loudfamily.com. It's Lunchboys' link to a Filefactory file. The trick is to click 'Slow download' and uncheck the box which says something like 'use Filefactory downloader'. Thanks again Lunchboy and also to Jen Grover who also raided her archives for the MP3s.

CHRISTMAS 1990 FAN CLUB CASSETTE
(Sent out to fans in the Game Theory fan club at Christmas 1990. Listen closely for tracks which were to appear on P.A.B.A.R.A.T a few months later)

MINNEAPOLIS 1986
(First Avenue, October 19th) (Soundboard Recording)
Rayon Drive
The only lesson learned
Like a girl Jesus
24
Waltz the halls away
Girl with a guitar
Look away
Where you going northern
Shark pretty
I've tried subtlety
Friend of the family
If and when it falls apart

CALIFORNIA 1987
(Stanford University, May 16th) (Soundboard Recording)
01 Not Because You Can
02 One More for St Michael
03 Little Ivory
04 We Love You Carol and Aliso
05 Here It Is Tomorrow
06 I've Tried Subtlety
07 Dripping With Looks
08 Slip Away
09 Nothing New
10 The Real Sheila
11 Shark Pretty
12 Like a Girl Jesus

NEVER MIND THE CAMERA CREW
(This was a promo cassette sent out to radio etc at the time of P.A.B.A.R.A.T)
Spot the wet setup
Back of a car
You can’t put your arms around a memory
Jimmy still comes around
Beauty and the beast
Take me down

________________________________________________
LIVE 1996
Flood waters…
Spot the setup
Such little nonbelievers
Aerodeleria
Don’t respond, she can tell
Sword swallower
Uncle Lucky
Debaser
Inverness
Sodium laureth sulphate
Top dollar survivalist hardware
Baby hard to be around
Go ahead, you’re dying to
Asleep and awake…
Curse of the frontierland
We love you Carol and Alison
Jimmy still comes around
Like a girl Jesus
Couldn’t I just tell you

Live 1996
________________________________________________
SAN FRANCISCO 1998
(Terrastock Festival)
Mozart sonatas
Not expecting both contempo and classique
Crypto sicko
Good, there are no lions in the street
Where they walk over St Therese/Sodium Laureth Sulphate
Rise of the chokehold princess
I'm not really a spring
Slit my wrists
Execution day
Way too helpful
Such little nonbelievers
Asleep and awake on the mans freeway

NEW YORK CITY 2000
(Knitting Factory, April 17th)
01 Intro
02 Nice When I Want Something
03 Idiot Son
04 Backwards Century
05 Years 0f Wrong Impressions
0 Motion Of Ariel
07 The Waist And The Knees
08 Cortex The Killer
09 Don’t Respond She Can Tell
10 The Story In Your Eyes
11 Asleep And Awake On The Mans Freeway
12 Just Gone
13 720 Times Happier Than The Unjust Man
14 Sister Sleep
15 Encore Break
16 Where They Walk Over St Therese
11 Rosie Overdrive
18 Encore Break
19 Like A Girl Jesus
20 My Sharona
21 Dripping With Looks 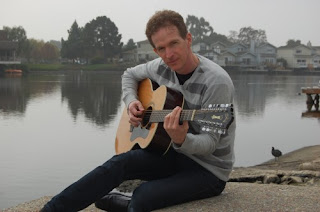 I first heard the music of Scott Miller in the less than salubrious environment of the stock processing department of Virgin Records in Birmingham, UK. It was 1987. I can’t remember if it was the Mitch Easter production credit or the mentions in Bucketful Of Brains that alerted me to the existence of ‘Lolita Nation’, but when I found myself checking in a box of import LPs and it appeared (probably alongside a Japanese Jazz release and something by Modern Talking), I put it straight on the overworked record player. Fighting to be heard over the roar of three shrink-wrap machines came the sound of one of the greatest, most diverse, most ambitious, most cinematic, most confusing albums I have ever, or will ever hear. Razor sharp Pop songs rubbed up against edgy, synth-lead tunes via almost hard rock rifferama. Was that a vacuum cleaner? What did he just sing?
I was in love.
I consumed the back catalogue. Even when the records sounded like they were made in somebody’s bedroom (and they sometimes were) the songs were outstanding. From the “Alternate Learning” LP to “What If It Works?” Miller produced one of the finest bodies of American Popular Music ever.
And now he’s gone. At just 53 years of age.
The internet is now bristling with plaudits and quite right too. Sadly it’s all too late for Scott to reap the rewards of his prodigious talent, but I’m heartened by the fact that maybe a new generation will hear his music and have their horizons expanded like mine were. I’ve always thought that at some time in the future, Scott would be the subject of a career re-appraisal and critics from all over the world would fall over themselves to shower Scott with superlatives. I always figured he’d be alive to see it. It breaks my heart to know I was wrong.
(Side note… whilst on Honeymoon in the US in 2000, I found myself in Amoeba records in SF. Almost delirious with joy, I ran over to my new, superhumanly tolerant wife and exclaimed “They’ve got a Loud Family AND a Game Theory section!” She smiled and rolled her eyes. Not for the last time).
I don’t know what else to write without gushing. Scott (along with REM, The Church and a bunch of other fellow travellers) changed the way I listened to music forever and gave me a road map to some of the greatest songs I will ever hear. For about 10 years, every mix tape I ever made had “We Love You, Carol and Alison” somewhere on it. And trust me, I made a lot of mix tapes.
I was extremely touched by the message on the Loud Family website, beautifully curated by Sue Trowbridge:
“If listening to Scott's own music is too painful for you right now, as it is for me, I can tell you that he absolutely loved David Bowie's new album, The Next Day. He found Bowie's late-career resurgence to be hugely inspirational”.
That strikes me as being very “Scott”…”My music’s OK, but this guy’s stuff is REALLY good!” He apologised for his music a lot. There was no need. No need at all.
He was going to start work this summer on the first Game Theory LP since 1988. What an amazing record that would have been.
My sincere condolences go to his young family. They can take some comfort in the fact that Scott Miller was respected and admired by many, many people.
But I wish to God he was still here.
Posted by Rushbo at 20:51 5 comments: