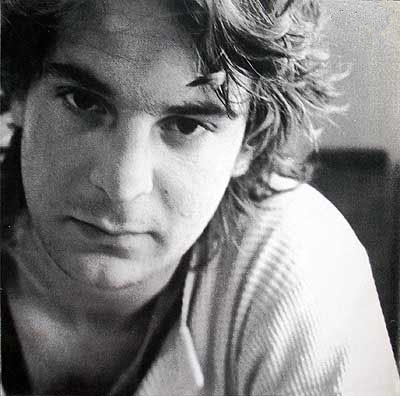 And there ain't no one gonna turn me 'round

We lost Alex Chilton a year ago today. We're still feeling it.

The world of Popular Music is littered with mavericks and misfits. Square pegs in round holes. Often, this contrariness is pose and posturing - a slightly more grown up version of ‘Mummy you're not watching me...'  Chilton was the real deal.

My first exposure to his work (like yours too, I suspect) was during the mid-80's reappraisal of Big Star. His name was forever being dropped by the great and the good, so I finally gave in and traded in a couple of vintage Judas Priest concert programmes for the Big Beat records CD reissue of the first two Big Star albums. You know the rest.

Those two albums, along with the dark, mythical third album, cast a shadow over the rest of his output. Bloodied by the poor sales of unarguably two of the greatest Rock albums of all time, his recordings became fragmented and scatter-shot. From an outsider’s point of view, he was being wilfully difficult and obtuse. Having got to know a little bit more about the man, he was actually just being Alex Chilton.

The problem he faced was where could he possibly go following '#1 Record' and ''? The pats on the back were killing him- but if you wanted to buy the records, the less than efficient distribution by an unsympathetic label, meant you had precious little chance of finding them in the shops. The frustration he felt manifested itself in alcoholism and idiosyncratic behaviour, resulting in some patchy albums, with the occasional diamond within.  He always seemed faintly bemused by the high regard that Big Star was held in - maybe he thought of those albums as 'juvenilia'. Maybe he associated them with failure. Maybe he preferred to play R&B songs. Maybe he was just being Alex Chilton.


I got to see the later-day version of Big Star play in a year before his death. I saw a man finally getting the rewards for a career like no other. A packed house cheered his every move - old songs and new songs alike. And quite right too, as without Chilton, dozens of our favourite bands (Teenage Fanclub, Replacements, Posies......) would sound a lot different. He wrote the PowerPop 'Louie Louie' in 'September Gurls' and set the bar for crafting a song so high that we're still reaching for it.

Whether his best years were behind him is irrelevant. His legacy is enormous. As a role model...I'm not sure, but for attitude and bloody-mindedness, he's an example to everybody.

If you haven't got '#1 Record' and '', your record collection is incomplete. Rectify it.

I've posted some odds and ends below, including a fantastic show from 1974.

Everyone needs to play some Alex today.