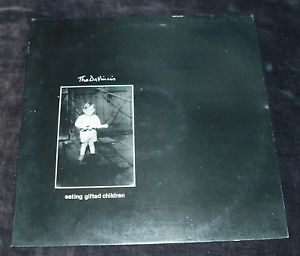 Good ol' John Peel...how many people were turned onto non-mainstream music by his late night BBC Radio 1 show? Even though my tastes were pretty mainstream (if a little eclectic) until my twenties, I have vivid memories of listening to my old Binatone radio through it's single earpiece with the bedclothes pulled up over my head, waiting for Peel to play something I recognised...or even from planet Earth. But one thing I did hear that really resonated with me was 'When you're in' by The DaVinci's...in amongst sessions by The Diagram Brothers and Misty In Roots and probably played after a Cocteau Twins B side (at the wrong speed), was this fantastic little rockin' geetar ditty. It's very 'of it's time' owing something to early REM, Smithereens, you know...that sort of thing. (You don't get this quality of insightful Music journalism on any old blog, buddy). I immediately tipped them for stardom. They immediately sank without trace. I blame myself.

A fairly comprehensive trawl through the InterWebs has come up with nada - apart from a few dead ends involving bands of the same name. If this is their only legacy then it's a good 'un. It'll cost you nothing to download it and it probably wont change your life, but it'll really enhance it.


STOP PRESS: I've just found a little more info on the band here - it's a fantastic blog detailing exclusively Merseyside bands. And someone is selling one on Amazon...well worth fourteen bucks, I'd say.

Email ThisBlogThis!Share to TwitterShare to FacebookShare to Pinterest
Labels: DaVincis