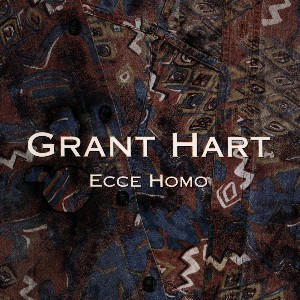 We British love the Underdog. While our American cousins hold success as the ultimate prize, we Brits love the idea of a ‘tryer’. Grant Hart is a tryer. And a succeeder.

He’s always been in the shadow of his Husker Du bandmate Bob Mould, primarily for the crime of not making records that sound like HD. His albums are always fascinating – grab bags full of different styles, moods and textures. Literary references rub up against feral Rock and Roll all topped off by his trademark voice. Oh man, that voice… His live shows are incredible with Grant dipping back into his enviable back catalogue and trotting out new classics with ease. His short lived band project ‘Nova Mob’ were an electrifying exercise in minimal, aggressive Alt Rock. I’ll be posting a live recording or two from them as the weeks progress. Meanwhile, enjoy this – the inexplicably deleted solo live CD ‘Ecce Homo’.

This is just Hart and an acoustic guitar…and 14 magical songs. It’s great to hear them in this format as you can actually ‘hear’ them – stripped of the raging guitars and drums, the tunes take on a new life – simple but beautiful. He’s a ‘strummer’ so if you’re looking for Nick Drake style fluid arrpegiation, look elsewhere. But if you want passion and energy, here ya go.

What a life he has had – a lot of it informs his writing, including the superb ‘2541’. That has to be one of the saddest songs ever written. The line ‘And it will probably not be the last time I have to be out by the first’ gets me every time. It’s featured here along with its original ‘B’ side ‘Come Come’.

The fact that Grant isn’t a major star makes me sad, but I guess his ‘cult’ status means he can stay under the radar and continue to make idiosyncratic music exactly to his specifications. That is, when he’s not creating 2D art or fixing up his beloved Studebaker.

(In a fit of egomania, I’ve posted some posters I was asked to design for a couple of his shows in the . These weren’t the ones that eventually got used as they were a bit too ‘off topic’, but I prefer them to the finished product. Oh the tortured artist…)