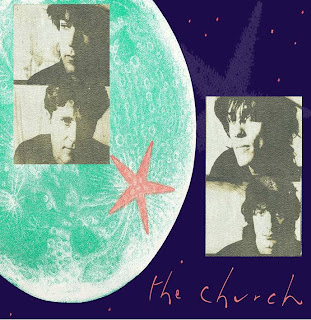 Something suitable for Easter Sunday…

Along with REM, The Church were instrumental in showing me that Guitar music didn’t begin and end with Van Halen in the 80’s. They’ve had a long and fascinating history (beautifully detailed in 'No Certainty Attached - Steve Kilbey and The Church' by Robert Dean Lurie) and they’re still at it today. Their most recent album ‘Untitled 23’ had critics fawning over it and they’ve just completed a sell out tour of the States. But for me, their best work is in the mid-late 80’s. And that’s where we hear them in this recording.

Unplugged. Yeah, that word sends shivers down your spine, doesn’t it? I’m sure we all remember the endless footage of  panic-stricken  Guitarists trying to play proper chords on acoustic Guitars, Drummers flailing wildly on congas and Bassists manfully struggling with enormous acoustic Basses, or better yet, randomly plunking on upright Basses they have no clue how to play. It seemed like a good idea at the time, but it reduced everyone to the level of an overpaid busker. But MTV loved it and everyone had a go. Some bands used it as an opportunity to recast their material in a totally different light (Nirvana) and some just pretended they were playing electric instruments (Pearl Jam), but the Church did it really well. This is probably because most of the material was written on an acoustic Guitar by a Bassist – nothing too tricky, but great melodies and memorable, simple tunes with clever, whole band arrangements.

So here we are- its 1988 and we’re at the legendary KCRW with the equally legendary Deidre O’Donoghue. The Church are on an American tour, plugging what was to be their breakthrough album – ‘Starfish’. If you’ve never heard it…I kind of envy you, as to hear it for the first time is like having your brain dropped in a warm bubble bath and then turbo charged. It’s ace. Anyhoo, here are the Anglo-Australian Alt-Psych-Rockers playfully dipping in and out of their back catalogue and being narcotically charming to a clearly in-awe O’Donoghue. A few months later, ‘Starfish’ went platinum thanks to the unexpected hit they had with ‘Under The Milky Way’ and the fact that they were in the right place at the right time. They had just the right amount of Geetar-slinging to reach a Metalhead or two, literate enough lyrics to reach the disenfranchised Goths and catchy tunes to reach the Pop-Rockers. A perfect storm. Sadly, they couldn’t maintain this level of success…but that’s a story for another day – and another post.

This is the complete, unexpurgated recording. Other versions are available in many places on the net (most notably as part of the ‘Acoustic Sermon’ boot), but the interviews and the between tune tomfooleries have been cruelly expunged. Not here. This is the whole thing from soup to nuts. It’s a lovely document of a band with the world at their feet.

('Under The Milky Way' on 'MTV Unplugged')

Church fans are amongst the most rabid and partisan fans in the world. They’re well served by a decent website, a great fansite and an almost daily blog by Steve Kilbey. The latter I advise checking out with caution as he can veer from essential to inconsequential – often in the course of a single posting. And don’t read the comments. They’re scary….

So kids, back-comb your hair, pop on some paisley and blow the dust off that acoustic bass you haven’t played since 1991 and enjoy the Pre-Raphaelite Alt-Pop-Rock of The Church….

Email ThisBlogThis!Share to TwitterShare to FacebookShare to Pinterest
Labels: Church