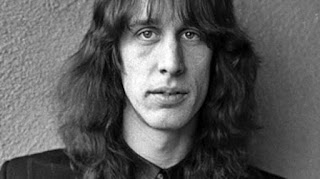 Who doesn't love the Todd-meister?* He's a bit like Zappa  - I defy anyone to say they love everything he's ever done, but what you like, you love if that makes any sense..? (No - Ed). Anyhoo, this is a fab set from nearly thirty years ago, recorded by the BBC in London. There is a version of the gig kicking around called 'BBC Rock Hour', but that misses out 'Song Of The Viking' and 'Lysistrata', both of which are present and correct here. Great sound and minimal hiss, recorded by an 18 year old Rushbo on his Pioneer stack system it took him nearly six months to save up for...sigh.

I was on a massive Todd binge around this time, having discovered him via the fantastic 'Back To The Bars' double LP (bought on a whim during 'Half Price Saturday' at Reddingtons Rare Records in Birmingham). My favourite at the time being 'Hermit of Mink Hollow' which is well represented here. His gigs around this time were lovely, intimate affairs with plenty of banter and interaction...he even stopped the show to play us the video of 'Time Heals'. Whattaguy.

* My apologies to those of you who spotted I'd spelled 'meister' incorrectly and graciously didn't want to embarrass me by leaving a sarcastic comment. Expect more schoolboy errors of that nature until Google add a 'Pretentious, fake Paul Morley, token European reference' option to their spellchecker....

Love of the Common Man
Cliché
It Wouldn't Have Made Any Difference
Too Far Gone
Can We Still Be Friends?
Song Of The Viking
Lysistrata
Tiny Demons
Bag Lady
Soul Medley: I'm So Proud, Ooh Baby, Baby, La La La means I Love You, I Saw The Light
One World
The Wheel
Posted by Rushbo at 15:02