What I miss about listening to music old school 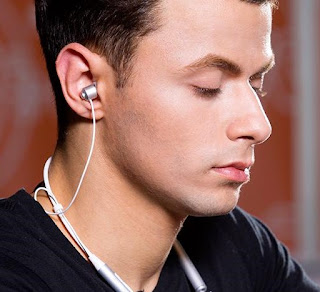 I have two kids – boys aged 13 and 15. Both sweethearts and they both love music. They spend hours with those fizzy earbuds plugged into their ears listening to God only knows what. Sometimes I listen to a bit of it myself and it scares me. This is a good thing. My parents were horrified by my Queen LPs, just as their parents were equally distressed by Mel Torme. Imagine that – Mel Torme as the corrupter of a nation’s youth… But I digress. As a music teacher and full time music fan, I’m curious about the stuff my kids are listening to and I ask a bunch of dad questions – “Who is this?”, “What else have they done?”, “Is it from an album?”…you know. Dad stuff. My kids couldn’t tell me. Like the vast majority of their generation, they’ve plucked music out of the air and out of context and they treat it like chewing gum. 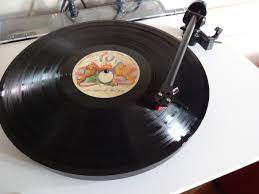 I got my first album for Christmas in 1976. It was Queen’s “A Night At The Opera”. I’d only asked for it, because a schoolfriend had bought it into class and I completely fell in love with the way it looked. It was like a work of art from another planet. I begged for it and I got it and the joy I felt when I saw that skinny, square package leaning up against our fake Christmas tree was like nothing else. I played it constantly. Mom and dad had recently upgraded our coffin shaped record player (purchased just after the second world war…) to a super-duper music centre with a record player and a built in tape recorder. Swanky eh? I’d put that record on and take it all in. I didn’t skip any tunes. That was cheating. I was there for the duration. I’d flip that cover over and over, staring at the pictures of the exotic creatures that made this music, poring over the lyrics, the credits…everything. It was my musical education. When I got more albums, I was delighted when I recognised names from previous purchases. “Roy Thomas Baker” was the coolest name I’d ever seen. He cropped up a lot. The cover, the credits, even the matrix number by the label were important. They had to be, or what were they doing on this amazing piece of art that was blowing my mind on a regular basis?

So, what’s my point?

It’s to do with context. Today, we can listen to anything at any time in any place. This is cool. But it means that we completely bypass the context. The 13 year old Queen fan that I was in 1976 would not dream of skipping over tracks on “A Night At The Opera”, because that was like travelling to the Louvre to see the Mona Lisa and only looking at her nose. Some tunes popped out straight away – “Bohemian Rhapsody” obviously and “You’re My Best Friend”. God, I loved those tunes. But after a while, other songs percolated to the surface. And guess what – those are the songs that I enjoy the most when I play that album in 2017. I put the time in and I get more pleasure from that record now than I did at 13. Who knew?

An album is a journey. 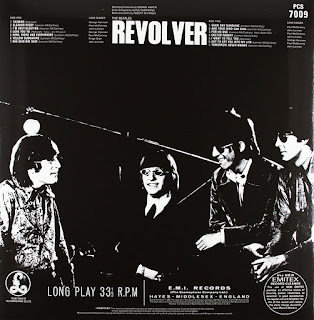 That’s not New Age tomfoolery. That’s a real thing. The best albums take you from Point A to Point Whatever, taking in a whole heap of stuff on the way. You may not understand it all, but some of those challenging bits are there to make the good things even better. If you listen to “Revolver” and skip “Yellow Submarine” you’re doing yourself a bit of an injustice… that’s the yin to the yang of “Here, There and Everywhere” and a moment of respite before we go psychedelic with “She Said, She Said”.  It’s there because it has to be there. The road may be bumpy, but it’ll smooth out later.

An album is an education.

I love MP3s. The convenience is incredible. I can walk around with hundreds of hours of music in my pocket. If I want a bit of aural wallpaper, MP3’s will do. But that’s not listening. That music is happening in spite of you, not because of you. If I want to listen – really listen - then some ritual is involved. The album goes on (I’m a CD man myself, but please don’t hate me, vinyl aficionados…) and I get ready to immerse myself in it. I need to know who’s playing bassoon. I need to know who the assistant engineer was. Who took the photographs? It’s like reading a book. You need to know who the characters are and what they do, because one of them might crop up later and do something that’ll change the story. That’s why having a physical, tangible thing is SO important. You read and learn. We have a generation of music fans who are growing up and having no clue what a producer or engineer does. Or even who the singer in the band is. All those amazing technicians are wrangling beautiful noises from the ether and no one knows who they are or what they do. How the hell has that been allowed to happen? No George Martin – No “Sergeant Pepper”. No Max Martin – No Britney Spears. These people deserve our respect.

If you need any further proof that an album is an education then I offer myself up as an example – I read those liner notes and immersed myself in that music. I’ve been teaching Popular Music and Media in schools for the last twenty years. I’m still learning

In my Brave New World, it won’t be compulsory to clear your diary every time you want to crank some tunes, but active listening should not be a thing of the past. We need to get back into the habit of putting an album on with no distractions other than the art that accompanies it and really listening. The details. The sound of the room that the musicians who made that music were in. Don’t skip tracks. They are there for a reason. Thom Yorke put “Fitter Happier” on “OK Computer” because he says it belongs there. Do you wanna argue with that guy? 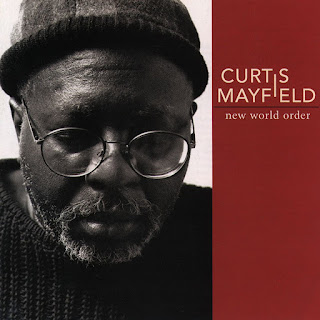 Musicians spend a lifetime perfecting what they do, just for us to semi-ignore it while we’re cooking pasta. Maybe we need to pay closer attention to their art. If you’re still on the fence, try this True Life Story: Following a tragic onstage accident which left him a quadriplegic, Curtis Mayfield didn’t give up on music. To make his 1996 album “New World Order” he had to record his vocals by lying on the studio floor, singing two or three lines at a time as that was the only way his lungs would operate. He worked tirelessly with the musicians, overseeing every note and every production decision. All he had was his voice and an incredible mind. Knowing that, when you listen to “New World Order”, how could you possibly flip around the album as if you were looking for the sports channel on TV? Curtis deserves your respect.

Respect. For Music. That sounds good. Let’s do that.