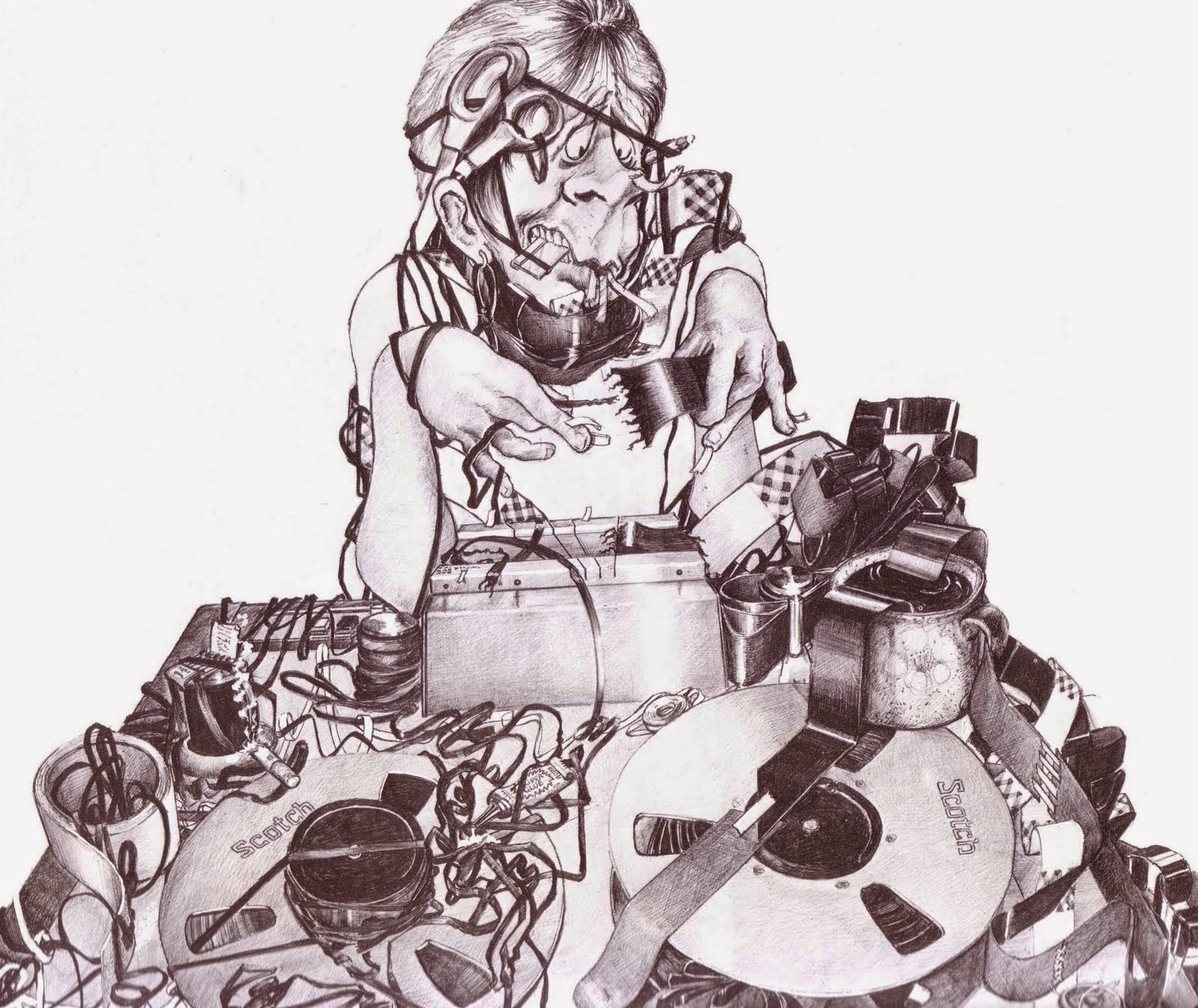 When I first entered the Beer soaked arena of sadness we laughingly call ‘Rock ‘n’ Roll’, to record anything that didn’t sound like it was produced either underwater or accompanied by the sound of frying bacon, one had to drag oneself into a recording studio. What an eye opener that was.  If you think it's all technicians in white coats scurrying around with clipboards, George Martin and Phil Spector furiously arguing over string arrangements, recording spaces larger than the Isle Of Man. etc, I'm afraid you are sorely mistaken. For a band like mine with a budget slightly smaller than a decent round of drinks, the reality is all too different. Imagine your living room after the best party you've ever had. Now, imagine it with 25 miles of cheap cable on the floor, a clapped out drumkit in the corner and brown carpet on the walls. Now throw in approximately 10 000 cigarette butts distributed at random on every surface. And for that distinctive budget studio ambience - a smell of urine which is surpassed only by the "St Loosebladders Rest Home for the Old and Incontinent'. Voila! Welcome to the wonderful world of recording! This is where you intend to record a "Sgt Peppers" for the new millenium. Or possibly not.

Along with these incredibly creative surroundings comes that most rare of beasts -the engineer. He will greet you as you arrive at about 10 o'clock in the morning, with the ninth spliff of the day clamped between his teeth, Your confidence is further dashed by the way he cannot seem to make any of the vast array of outdated equipment work. "A manual is for wimps- I go by feel and experience!" is the cry. This can be translated to 'It’s very big, full of long words, with no pictures of naked women in it. My attention span is two seconds shorter than that of a goldfish and anyway I tore up to use as rolling papers when the late night garage had closed." After about four hours of setting the drums up, drinking awful studio tea, reading back issues of 'Modern Studio’ magazine and trying to stop the engineer playing Drum & Bass tapes at ear shredding volume, you are ready to begin recording your masterwork. You've rehearsed your tune to perfection - well you listened to a rehearsal tape recorded on your kid sisters 'Teletubbies Tape Recorder' in the van, on the way in, so you're ready to make recording history. Sadly, within moments, your dreams of Grammy awards are dashed when a few home truths become glaringly obvious.


1. That twin guitar line you spent ages working out is so out of key that even a diehard Sonic Youth fan would leave the room screaming.
2. Your drummer really is as bad as you thought he was.
3. Your vocalist couldn't find the right key with both hands, a flashlight and a pack of military trained, pitch seeking dogs.
4. The only bassline your bassist can play competently is 'Black Night`. To your horror, you find he has managed to incorporate this into every song.
5. Your keyboard player’s slightly-less-than-state-of-the-art-equipment makes every song you record sound like a Kajagoogoo B side.
6. Your harmony vocals are neither harmonious nor, strictly speaking, actually vocals.
﻿
But you persevere. At the end of the most gruelling and soul destroying day of your life, the engineer will play your masterpiece back at you at about 1000 decibels. Surprisingly, it sounds brilliant! When you take it home and play it, on your slightly more humble Hi-fi, however, it sounds like what it really is - a dismal, uninspired piece of two chord, strummage, woefully played and incompetently recorded. If you sent it to a record company, somebody would be sent to your house to break your guitar. And you've spent nearly a month’s wages to find that out.
As long as bands exist, people will want to record their music. In the future, what I suggest is that if you feel the need to do this - DON'T! Take all the money you intend to spend on studio time and spend it on useful stuff like ice-cream. If people want to know what you sound like, then you just describe your band to them. And lie like a rug.
Posted by Rushbo at 15:03